’Thank You’ to those who helped me 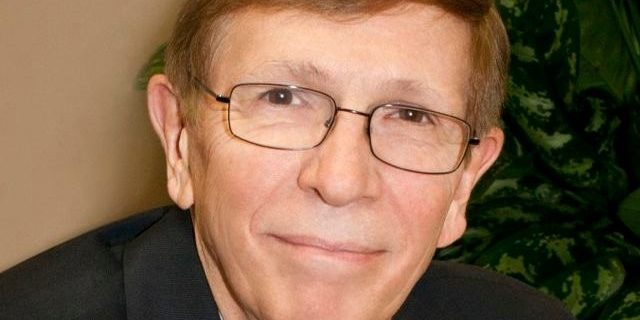 I did something different this last summer. I looked back in time, and pondered on those numbers of opportunities or pivotal events in my career that shaped me as a leader. How I got into Information Technology and what eventually guided me into the CIO seat. Indeed. We often don’t think about those that helped us along the way, but are always quick to claim for being self-made leaders. But for some reason while on holiday with my little kids, I started to think about it, with all the humility I can. So I made it a point to write this post before I got consumed again in daily events after the holiday. It turned out to be all about connecting dots, and I hope you enjoy reading this much as I did writing it.

Unknown … to known IT!

I actually started my ‘IT’ career in the US Navy without even knowing it was going to be a career, and without the term ‘IT’ even being a term! Steve Burr, my direct superior in the Navy (I was a Communications Technician, all very Top Secret cryptographic work), continuously tried to get me interested in all things IT. Steve kept at it, giving me a cool job like “high frequency direction finding.” He knew I wasn’t going to be a long term Navy guy like him, and he was probably setting me up for the outside world. He did a great job if that was his intent!

Little did I know I’d be doing ‘direction finding’ in such high frequency for so many businesses as a leader in my CIO role!

Upon discharge from the Navy, I went back to college to earn my degree (thank you for the GI Bill!). I needed a job. I applied at a local hospital in Mt. Kisco, NY that was looking for someone to do data entry of patient charges. Yes, data entry. The interviewer was the head of finance, Robert Alcaro. He actually asked my why I wanted the job having come out of the Navy with all sorts of tech under my belt. My answer: “I have to eat.” It was that simple, and he gave me the job. Bob was instrumental because he gave me a shot, and understood that there just might be ‘something there.’ The job went very well, and like most students of the day, I worked all sorts of crazy evening hours. Then came a promotion to the manager of the data entry team. So thank you Robert for making that happen!

It hadn’t dawned on me then, that my learnings of data from its origins would continue into Analytics, Social Media and Big data for shaping IT to be a major part of the success of business!

Selective Outsourcing before it was a term!

Bob Wagner was an external auditor for then Touche Ross at the same local hospital. Robert Alcaro had left by then and this Bob started to mentor me and tried to persuade me to wear a tie, be more ‘professional’ he said. Yes, a tie. I was now managing the team of data entry people and Bob rationalized that I needed to wear a tie to gain a bit of respect with my team and with other groups at the hospital. He was right. So, I bought a tie – a bow-tie! Just because I could and because I felt like I needed to be different, just to make a point. Bob eventually persuaded me to wear a regular tie, and I did. During this time, I was given responsibility to implement a hospital computer system from a third party provider.

What an opportunity to gain insights into what ultimately became ‘selective outsourcing!’

Being hands-on and hands-off!

Further, I taught myself how to code the language of the local on-site computer system. So on top of being a manager, I was also a developer and became extremely involved in all things IT. That bit of advice from Bob was instrumental in landing my next gig working for the very company that provided hospitals with IT systems (the former Tymshare Medical Systems). I went from ties to suits to traveling. I became a Systems Analyst, and after a year, was promoted by Ray Moore, the guy I worked for at Tymshare, to be a Field Service Manager handling teams implementing systems in multiple hospitals in the New York area. It expanded my management and thinking skills. So thanks to Bob Wagner for making me wear that tie and to Ray Moore for promoting me!

These experiences of being a ‘hands-on, hands-off’ leader along with the acquired skill of continual coaching is not only productive, it became my personal leadership style which has served me well in my career.

The next part of my journey resulted in progressive jobs at Pitney Bowes as a Sr. Systems Analyst, and at PepsiCo as a Project Director. I was enticed to my next big jump by Joe Ulicny, who was my key user at PepsiCo. He left Pepsi to join The Dannon Company as CFO. He persuaded me to join Dannon as IT Director USA which was my first real IT leadership role and my first foray into working for a non-US company (Dannon is owned by Groupe Danone in France). A key accomplishment was transforming Dannon from a store-door delivery company to a warehouse distribution company. We actually developed custom software based on Progress Software technology and I was an early developer of distributed and integrated systems for short shelf life products (like yogurt). Joe was the guy that supported me throughout my career at Dannon, and I am very thankful for his support and mentoring.

After 6 years at Dannon, I was given my next opportunity by Jim Reid-Anderson, then CFO at The Häagen-Dazs Company (Häagen-Dazs was owned by Grand Metropolitan of the UK). I joined Häagen-Dazs as the VP, Worldwide Systems. Jim (who is now Executive Chairman of Six Flags) supported me in implementing an ERP system at a greenfield site in Arras, France, implementing POS for Häagen-Dazs’ retail shops, and encouraging my relationship with Häagen-Dazs Japan JV. After about 2 and half years, Carl Wilson to whom I functionally reported and who was then VP/CIO at Pillsbury (also owned by GrandMet) asked me if I’d like to move to France and take on European systems for the foods group.

Looking back on those ‘evaluate and buy’ versus ‘design & build’ decisions and indulgences, I feel matured out of the times of endurance and, well, some of the disillusions!

Wow! What an opportunity! I jumped all over it and 3 months later, with 3 kids in tow, and the support of Carl and Jim, I landed in Paris, France as the VP, European Systems and Business Processes. It was a fabulous job. I traveled all over Europe, met wonderful people, learned to understand and respect European culture and politics, and learned some French. I introduced SAP to GrandMet companies where we implemented four SAP R/3 systems in four countries, all in local language. So Jim and Carl, thank you for giving me the opportunity of a lifetime.

My kids didn’t want to leave Paris, even after 4 years. Bob Lowes, former CEO of Grand Met Foods Europe to whom I had reported while in France, had taken on the role of CEO at Burger King, at the time also a GrandMet company. He asked me to join as SVP and CIO based in Miami. Who would say no?! So, I moved to Miami, where I oversaw the second implementation of SAP’s HR module in the US, as well as define and implement the first color, touch screen POS systems for the Burger King restaurants. This new POS was based on Windows, not on hardware vendor proprietary hardware/software products. This change essentially created ‘open systems’ and would dramatically reduce the cost model of Burger King restaurants.

After 2 years at Burger King, GrandMet merged with Guinness to form Diageo. I was selected to be on the management team that created this new company. Another super experience. I thank Bob Lowes for asking me to join Burger King and giving me the freedom to make a difference for the company. But it gets better.

The intense work with global teams have taught me how to leverage network-based work practices that are a truly a huge value given the ever-connected world we live in today!

The next phone call was from an executive recruiter in Paris, France who was looking for a CIO for a large cosmetics company. Ashok Bakru was CFO of Coty Inc at the time. He, along with Peter Harf, then Chairman and CEO, gave me the opportunity to really make a difference at Coty, a company that had acquired a variety of cosmetics businesses in Europe, but were never integrated. They hired me as the global CIO and I would be based in Amsterdam, The Netherlands. I would end up transforming IT, the operational model of Coty, and implementing huge systems, most notably a single instance of SAP in 13 countries and 5 languages. Add to that Hyperion, Manugistics and a slew of other accomplishments, including winning the CIO 100 Award for integrating a $1B acquisition of Unilever Cosmetics in record time using iWay Software technology.

My Coty career would conclude after a 12 year run, 11 years in Amsterdam and 1 year in New York City.

How many IT shops truly practice what Steve Jobs once said: “You have to start with the customer experience and work backwards to the technology”?

Being thankful and feeling blessed!

The thank you’s on this are enormous. A huge thanks to Peter Harf and Ashok Bakru for believing in me, John Delucca and Michael Fishoff (both former CFO’s at Coty) for supporting me during my 11 years in the Netherlands. And to a great global IT team we built that just kept taking the hill all over the world.

I returned to the USA in 2009 and left Coty in 2010. I needed to write this post so that I can thank all of these wonderful people for giving me the opportunity to do things that most CIO’s don’t get a chance to do. I hope I have exceeded your expectations.

After 30 years in the CPG industry, I wanted to understand why it was so difficult (if not impossible) for CIO’s to obtain a position in a completely different industry. I just didn’t get it. So in 2010, I decided to become an Interim CIO, or as some call it, a “Nomad CIO.” I’ll save that story for my next post.

I laugh when I hear people claim to be self-made. No one is indeed! I remain truly grateful to those that helped me along this incredible journey! It’s not over yet!